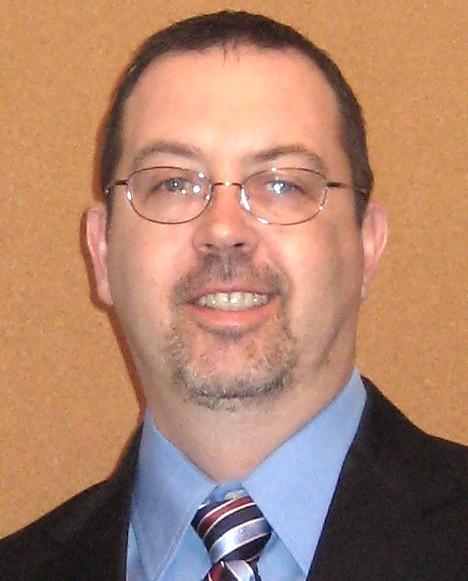 I am a life-long tech enthusiast. I have been very fortunate throughout most of my life to have been employed doing what I love. I started my tech career in 1983 as a line technician tuning radar detectors for ComGen (Fox Technology). I later advanced to team leader and managed the scanner repair dept. Before the demise of Fox, I became involved in the development of background music (SCA) radio’s – assisting the design engineer with mock-up’s and proof of concept, after which I was the lead technician performing final-functional testing and repairs. 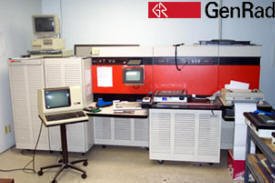 In 1989 I was hired by Lytton Electronics to help out in the engineering department. There I developed test fixtures for electronic sub assemblies. Fabricated PC boards for prototypes using PCB-CAD software and photo-etch techniques. Within two years I moved to the Test Engineering department where I developed programs for automated test equipment. The primary focus was on the GenRad 2272 in-circuit board testers, of which we had three. I spent two weeks in Boston at GenRad headquarters to learn how to program them. Apart from the GenRad I also worked with HP-3060a board testers using GPIB equiped PC running LabWindows and Quick Basic 4.5, we used these mainly for functional testing also interfacing to other external instruments.

In 1997 I was asked if I would consider moving to the MIS department. I gladly accepted the offer and title of PC Coordinator. Here I was able to utilize my existing skills in PC hardware and software troubleshooting and installation. Before I knew it I was up to my eyeballs learning SCO Unix. Then in 1998 we decide to pursue upgrading our server and network. At that time we were running SCO Openserver 3.2v4.2 on 90 MHz pentium tower feeding dumb terminals via Specialix RIO remote terminal servers. We received quotes from various vendors, the best of which was $30,000 for a DEC Prioris Server and Deployment of Ethernet Network. I spoke up and said I thought I could build a server and roll-out an ethernet network for probably half that. After some research and number crunching they gave me the go ahead. The result was a dual PIII 333MHz in a double-wide server case with eight 9.1GB Seagate Cheetah fast-wide SCSI drives divided into two RAID 5 arays driven by a DPT Smart RAID IV controller. One array for SCO and Progress/Symix, the other for user home directory shares. Doesn’t sound like much now, but at that time it was state of the art. 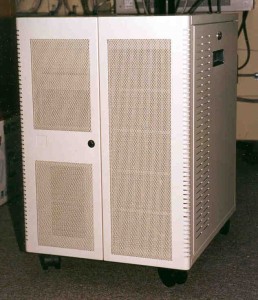 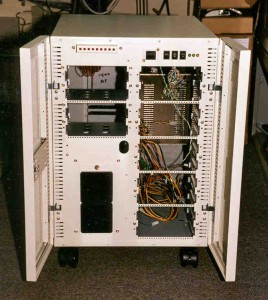 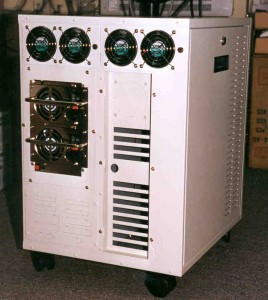 Later that year Lytton was acquired by Techdyne Inc.  I then became involved in remote support for 4 other US locations, this involved day-to-day issues with email, Windows, Office as well as Visual Manufacturing ERP softtware. Our Visual databases were configured using Centura SQLbase. We immediately began deployment of a corporate-wide VPN mesh comprised of sonicwall pro/soho firewalls connected via DSL & T1 routers. 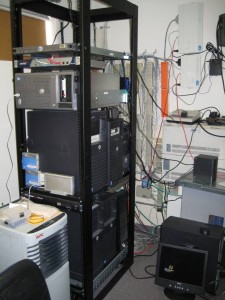 In 2003 Techdyne was purchased by Scottish based Simclar Inc. This ushered in a new server rack and numerous Dell servers running Window Server 2003. In 2009, due to a struggling manufacturing sector, Simclar was forced to downsize and unfortunately I was one of the casualties. Since then I have filled my time contracting and doing temp work. It is my hope I can make a full-time career working in my own business. 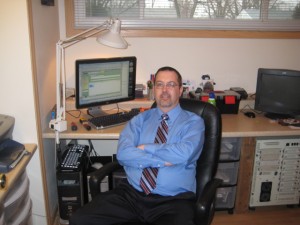